Target knows your daughter is pregnant before you do.  Your TV watches you back.

Creepy.  That’s one good word for how Silicon Valley tech giants watch all of us.

Photo by Sebastiaan Stam on Pexels.com

Photo by Isabella Mariana on Pexels.com 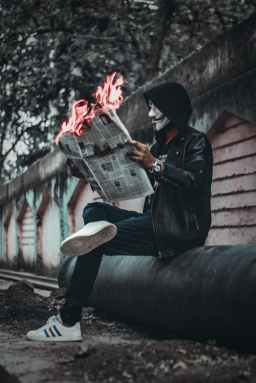 Photo by Ashutosh Sonwani on Pexels.com

I think emphasizing the Creepy Line is what might finally get enough people incensed about Big Silicon Brother enough to actually scale back their surveillance of us.

Facebook watches you and everything you do in a way that would freak women out if it were a guy doing it. Instead, women use it more than men.  I think it’s because the creepiness of Facebook’s surveillance is downplayed, and so broadly unknown or underestimated.

How did we get here?

I think we naively sold our data for a handful of beads, and for convenience.

We embraced free email, never spending much thought on how a company can make enough money to store all those petabytes of email at no cost to the user.

Well, there is a cost. You just don’t know you are paying it.

Email companies can scan your emails.  You are not allowed a presumption of privacy unless you encrypt…and maybe not even then.

Email companies can show you advertisements. But it would be silly to assume they get enough revenue that way.

I don’t have the numbers, but I have to believe email companies get most of their money by selling source code to the Silicon Valley giants. Every email you send has invisible code embedded that track you. They report back where you navigate to, where you navigated from. Almost every webpage you visit has those same trackers. Facebook has a file on you, even if you never made a Facebook account, even if you have never visited Facebook.

That’s why I call it Stalkerbook.  The Facebook webpage is just the smiling face of their data-mining and manipulation operation. You make it easier on them by posting on Facebook, but you certainly don’t slow them down by not.

The Internet of Things and 5G are eagerly awaited by Big Corporations. You should not be excited.

Because they will tout “blazing fast data transfer speeds” and then add so much ad bloatware that you’ll still have download pauses and it will still take about the same amount of time to load a page.  The human psyche can handle a certain amount of delay/frustration and no more.  Silicon Valley and other Big Businesses will use that tolerance to identify and track you.

Convenience explains the rest.  It’s *easier* when the credit card company watches your purchases and flags anything that seems fraudulent.  Which sounds great, until you have your card declined while on vacation, trying to purchase dinner a time zone away from your normal stomping grounds.

Silicon Valley tracks us because we let them. We were insufficiently suspicious of all the free social media programs.

We aren’t going to get them to stop by passing laws.

The only way they’ll stop is enough people are both aware of the tracking, and creeped out enough by it to demand they stop.  We’re gonna need to get the women upset about this, it seems.

But let’s say we burn down Facebook and salt the earth where it stood. Let’s say we break up Google. Let’s say we are all up in arms about tracking and we actually get effective laws passed to regain our privacy.

What happens to commerce? Because one side effect of that is they won’t be able to target advertising for us. It might actually be harder to stumble on something you would like, but don’t know you would like.

I’m not sure how I feel about that.  There are times where Amazon’s algorithms have actually helped me find something I wanted, and so my life is slightly better as a result.

I realize that contradicts the first 80% of this post. I don’t have an answer that resolves it.

Do you have one?

View all posts by gitabushi