This is a response to this rebuttal to the piece I wrote recently. 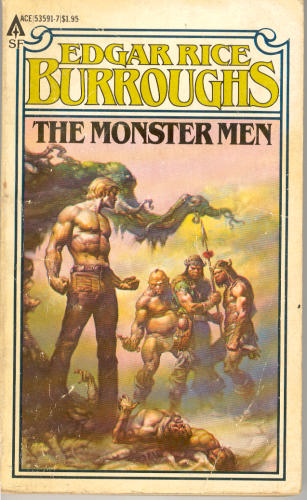 First, I seem to be good at offending people with my opinions, and that wasn’t my intent.  What seems to have come across is me saying “These types of stories, including Pulp Rev, are bad stories.”

In fact, my point was that I used to see them as bad stories, but I’ve come to realize that they are actually good stories that just don’t do it for me.  And that’s okay.

Second, I actually *like* Campbellian SF.  I can’t say “Campbell did nothing wrong,” because a quick glance at his wikipedia entry shows that later in life, he got into pseudoscience and alienated many of his best writers.

But I like his demand that writers write an alien that thinks as well as a human, but differently than a human.  And I guess I also kind of agree with his insistence that writers “rise above the mire of Pulp,” except that I really don’t think I’m quite as dismissive of Pulp as Campbell was.

I mean (third), if I thought Pulp is an inferior story form, I should be able to prove it by churning out tons of pulp stories.  But I recognize I can’t, because Pulp is written better than Campbell (or the literati in general of the time) gives it credit for.

I can’t write anything that matches A Princess of Mars, but I don’t want to. I didn’t really like the first few Barsoom novels.  The change is now I recognize those are good stories, I just don’t like them.

The first Barsoom story I actually enjoyed was Chessmen of Mars.  It explored a little bit of human nature in several aspects, including someone breaking away from a coercive society, the problem of fame/desirability in a woman and how it impacts romantic pursuit of her.

When I read Conan or John Carter stories, I don’t have any urge to write like that.

But, again, this doesn’t make them bad.

A good example is REH’s “The Frost Giant’s Daughter.”  It is filled with lush descriptions. You feel Conan’s desire and determination. You feel the chill.  But ultimately, nothing happens in the story.

Nothing really happens in “The Queen of the Black Coast,” either.  I mean, a bunch of stuff does happen, but it’s like a SitCom: after everything happens, Conan ends up where he started before he met Belit, and hasn’t really learned anything.

In most Conan stories, the only thing Conan “learns” is confirmation of his cynicism toward civilization, that so-called barbarians have more honor and are thus more trustworthy than the machinations and deceptions of sophisticated city dwellers.

But those both have been criticized as not being as well-plotted as “The Black Stranger.”  But even there, while it is a well-written story, I’m left somewhat unmoved. There’s a lot of action, there is clearly a plot, but ultimately, nothing is learned and Conan doesn’t grow in any perceptible way.

I guess I like Campbellian fiction. In contrast to the people who say Hard SF is garbage, say that Campbell ruined SF, or those who say nothing written after 1980 (or was it 1970? Or 1960? I don’t remember) is any good, I *like* quite a bit of 1980s SF and Fantasy. There’s a lot of Leftist garbage influencing SF&F in the 60s and 70s…no one hates Heinlein’s later works (including Stranger in a Strange Land) more than I do.

But I see that as the fault of those writers who lost the science as they wrote social science fiction.

I am still moved by Haldeman’s “The Forever War,” and consider it one of my favorite books.  There is a great deal of wise insight into the human experience.  I also really appreciate many of Haldeman’s short stories, particularly those collected in “Dealing in Futures.”  But I don’t like many of his other works, because of the influence of Leftist ideology on his writing.

But that’s okay. I don’t reject The Forever War because I dislike most of the rest of his writing.  I just point to The Forever War as a great book, because there is insight and chaaracter growth. (although, at heart, it is more of a Milieu story than a Character story).

The key point is: I’m re-reading “Cyteen,” and while I’m enjoying the crap out of it and reading slowly so I can digest every nuance, I’m also somewhat inwardly seething because I *want* to write like that, and I don’t think I can, I’m afraid I never will be able to, and I don’t even know how to work towards making a half-way decent attempt.

And in trying to explain, I’ve probably offended other people. I apologize unreservedly.

I’m just trying to understand my own likes and dislikes, and thinking out loud, in hopes that it helps other people understand themselves better.

View all posts by gitabushi

2 thoughts on “A Response to a Rebuttal”