The other day I stumbled upon a post at Black Gate wherein the writer lamented his failings as a compassionate human being. You see, he decided to have another look at Piers Anthony’s Xanth books, which he had picked up in 6th grade and then again during his teenage years. Upon returning to the series as a mature adult, presumably after having been afforded the benefits and enlightenment of modern education, he realized how misogynistic Anthony’s writing is. Embarrassing as it is, our BG blogger hadn’t picked up on this as a child and had failed to be appropriately offended. He properly swears that he will not be recommending Xanth to his son, anyone female, or…well, anyone. Furthermore he will have his copies destroyed (making sure they are recycled, of course) rather than donating them to the local thrift shop, ensuring no one will read this smut. 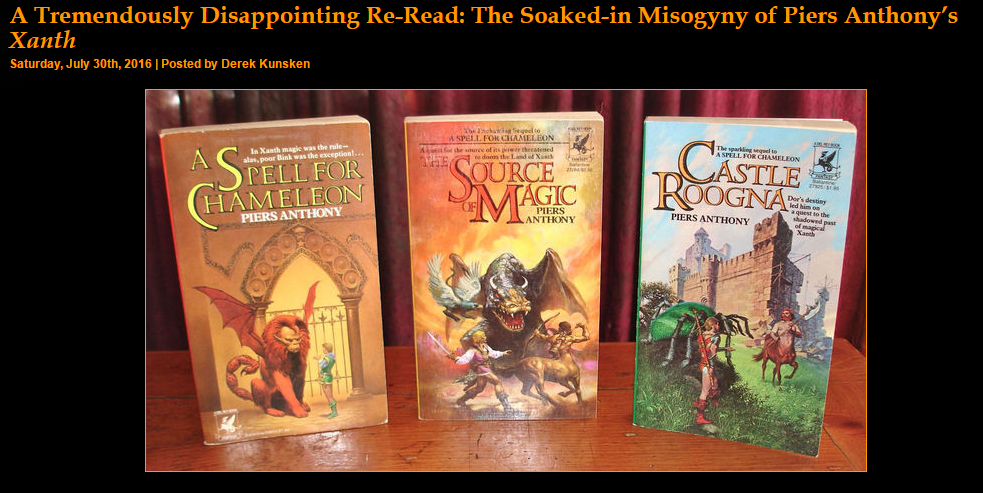 I must say, bravo to him for his scruples. In his defense, I would once again point out that as a child he had not yet been adequately processed and prepared to pinpoint the offensive bits in Anthony’s work. So I hope he doesn’t feel too ashamed on that point.

His post got me thinking, however. I, too, read many of the Xanth books as a youth. And I, too, failed to be appropriately offended. What other problematic books did I read as a child, then, and fail to repudiate? What other ungood stories may be out there polluting the children’s sections at libraries and bookstores? 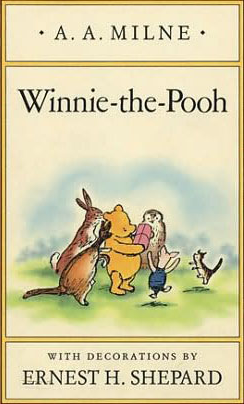 I’m sad to say, it has dawned on me that Disney property and long-beloved Winnie-the-Pooh fails many metrics of modern decency. Let’s briefly examine the sins of the Pooh stories.

First of all, Milne’s stories fail spectacularly when put to the Bechdel test, one of the industry’s greatest standards for measuring equality. Not only do the Pooh stories not feature at least two women characters talking to each other about something other than a man, but there are not even that many major female characters to be found period.

In fact the only “woman” we see in the early stories is Kanga, the mother of Roo. Initially we are told that she is among the fiercest of animals.

“Piglet was so excited at the idea of being Useful that he forgot to be frightened any more, and when Rabbit went on to say that Kangas were only Fierce during the winter months, being at other times of an Affectionate Disposition, he could hardly sit still, he was so eager to begin being useful at once. “

We then see that this was a fake-out. She is not a strong woman character, and her fierceness is not enduring or defining. To make matters worse, she is portrayed as a mere homemaker and relegated mostly to child rearing duties.

Rather backwards, and I’m ashamed I never realized this before. If I have a daughter someday, she needs to know that she can be more than a mother kangaroo.

I would also note that while the story does feature anthropomorphic stuffed animals (close enough to representing the furry contingent, I suppose), there are no openly gay or transgender characters. Granted, the Pooh stories were written beginning in the 1920s, and society had some progressing to do. But don’t we update our stories and culturally relevant characters all the time to better suit our modern values? Look at what the comic books are doing these days!

Retconning or evolving Pooh and Piglet’s relationship, for example, would be a welcome change to the series, and I find it disappointing that Disney hasn’t already done so. When I have children someday, I want them to know that they can openly and pridefully express their love for another, regardless of gender, sex, or species.

For now, though, the simple truth remains that the Pooh stories fall on the wrong side of history, and we should not be exposing our children to such backwards values and messages. I therefore recommend that you donate any copies you may be holding, to be recycled as fuel for climate change research expeditions to the polar ice caps. It may not be as cold up there as we’d like, but hey, it’s still pretty cold.

14 thoughts on “Winnie the Problematic”