I finished up my second Anderson novel over the weekend. While I don’t think I’d rank Three Hearts and Three Lions among my favorite fantasy stories, I continue to be astounded at the state of the genre in relation to these older writings. Maybe it’s mostly due to the constant flow of new works and the pace of writers like R.A. Salvatore and Kevin J. Anderson, who seem to be putting out a new book every few months. But reading Poul Anderson and his seminal tales like Three Hearts leaves little doubt as to the towering influence he’s had not only on fantasy literature, but throughout the many spheres of nerdom. Why are we not seeing republications of this guy? 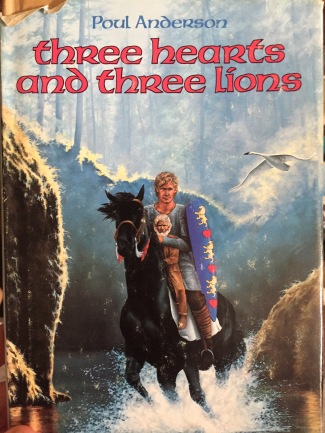 1. Origin of the species

Jeffro wrote a great analysis of Three Hearts a couple years ago and the part it played in inspiring, in particular, the Paladin class, the concept of the troll, and the alignment system in D&D.

I’ve written before about the paladins and their origins, and I was pleased to see that Anderson drew upon the Matter of France in his own development of the Holger character. I feel like the Carolingian legends have never enjoyed the same degree of popularity as the Matters of Britain and Rome (the Arthurian and Ancient Greek and Roman myths, respectively), and yet there is so much to draw from the tales of Charlemagne and his knights. I must admit I was surprised to learn that “Cortana” is the name of another powerful sword forged by the legendary blacksmith Wayland (who is sometimes credited with having forged Durandal and even Excalibur). And here I had never given any thought to from whence Microsoft may have taken the name.

As for the Paladin, Jeffro notes:

Of course, a number of people are going to be reading and recommending this book because it is the literary antecedent of the paladin class from the first edition AD&D Player Handbook. Certainly, the laying on of hands, the warhorse, and the “Holy Sword” are all here.

There are a number of other fantasy traditions established or reinforced by Anderson here, but I’d like to focus for a moment on the concept of “Law vs Chaos.” Although those familiar with his works may credit Moorcock and his Eternal Champion saga for the trope, Anderson’s employment of it predates that of Moorcock. And indeed, in Elric of Melnibone‘s acknowledgement Moorcock gave a shout-out to Anderson as one of his inspirations.

Law vs Chaos has been done in different ways; sometimes it’s just a slightly more ambiguous label for Good vs Evil. Sometimes there is more nuance. But especially in the gaming scene, it’s certainly become a popular system for fleshing out alignments or dividing factions. 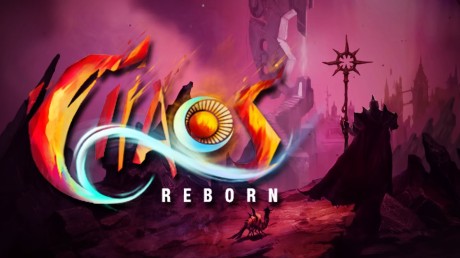 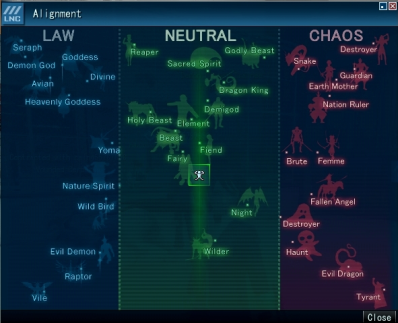 The fact that Anderson and Three Hearts put so much of this subsequently widely-adopted material out there may actually be its biggest weakness in the eyes of modern readers. I’m by no means saying that the story is a let-down or unworthy of a read, but some people may perhaps be bored by what they see as yet another serving up of common fantasy tropes.

As Rawle Nyanzi recently observed in his own first reading of Three Hearts:

Anderson also shows that he knows the old folktales on a very deep level, interweaving them into crucial plot points throughout the entire novel — it made the tale feel deep and full. It was nothing at all like the fantasy stuff I was used to, where a legendary figure’s name would be used without capturing any of that character’s substance. It did not treat European folklore as a grab-bag of powers and names to use simply because they sounded cool; I could tell that this story came from the pen of someone who truly loved these tales.

That rang true as I read through the story, as well. Although I wouldn’t describe the plot as seamless (certain parts of the story did feel a bit jerky or disjointed to me), I thought Anderson did a masterful job incorporating elements of older fantasy and fairytale, Christian mythology, and real history to color this rich yarn. I especially enjoyed the attention he put into characterizing his fey folk, and the tradition he drew upon in the process. Elf Hill, for example, was probably a Fairy Mound of the Celtic sort.

He was also up on the works of his contemporaries – in a nod to Tolkien, Anderson included mentions of wargs and Mirkwood. I also noted that there was a minor character in the book named Frodoart, and wondered whether Tolkien may have liked the name poached a part of it for LoTR (Three Hearts predated Lord of the Rings). Or maybe it was pure coincidence.

I also credit Anderson with putting a lot of work into his characters’ dialogue. Like in the High Crusade, the people in Three Hearts speak in a way reminiscent of older times. Hugi the dwarf and Alianora the swan-may speak with Scottish accents (dwarf trope, anyone?), Holger the Dane at times uses flawed “ESL” English, and the denizens of the fantasy setting all make use of older, more archaic language. This adds a little bit to the effort required in following dialogue, but not so much as to require intensive labor on the part of the reader. I imagine Anderson must have studied quite a bit to pick up the right words and phrases for this kind of endeavor.

We’ve already talked about Fantasy’s shift away from Christianity, and greater critics than I have analyzed the trend. In light of that movement, there’s something satisfying and almost fresh (old is new again) about fey folk who cannot stand the touch of iron and who are vulnerable to the cross and the invocation of the Lord’s name. Rather than brute force, the Middle Worlders must rely on cunning and guile. At one point the Three Hearts protagonist reflects that given their weaknesses, the fey can really only harm or ensnare those who wish to be taken. Given how many times they get the drop on him, though, I’d probably amend that theory to venture that a properly prepared Christian Man in his proper frame of mind can withstand the eldritch powers of the Middle World.

Incidentally, I noted that Anderson’s tale equated Pan with the Devil. One of the characters exposits upon the original fall of Chaos to Jesus Christ and mentions the death of Pan. Rather than a mostly harmless imp, the hircine pagan god is depicted as a much more sinister being. I only raise this point because I know it has been another topic of discussion within critical circles.

In addition to checking out Jeffro and Rawle’s (linked above) takes on Three Hearts and Three Lions, there’s also a worthwhile post-read analysis over at Tor.com.

I’ve now gotten to work on the first of Zelazny’s Amber books, and having already enjoyed one of his (mostly) fantasy tales, I’ll also be sampling one of Dickson’s scifi stories. I really should jot down some thoughts on the Dragon and the George before memory fades and a revisitation becomes necessary. We’ll see!

8 thoughts on “Three Thoughts on Three Hearts and Three Lions”